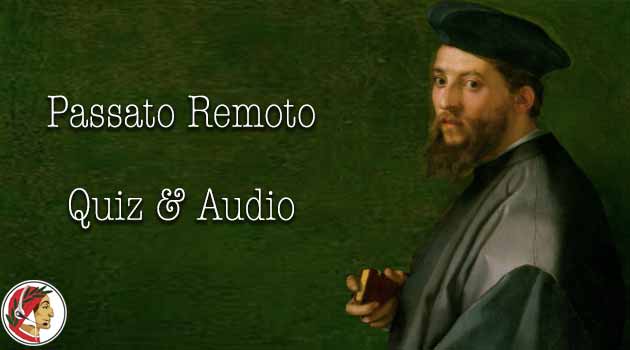 The Passato Remoto is an Italian past tense of the Indicativo

We use the Passato Remoto for describing actions in the past. Remoto means far in the past,

There is a lively discussion about the Passato Remoto and its position of “endangered species” of the Italian language. As a matter of fact, compared to just a few decades ago, the passato remoto is rapidly declining in both spoken and written Italian. It is perceived as too formal and overly complex, especially in Northern Italy.

Still, many novels are written with the Passato Remoto, which is perfect for an articulate narration.

The Passato Remoto is very elegant and personally I like it. Being a Northern Italian though, I have to admit that I lived comfortably without using the Passato Remoto  for most of my adult life.

In northern Italian dialects, the substrate on which the local Italian language was built, there is no Passato Remoto. That’s why Northern Italians don’t use it. In many dialects of Southern Italy, the Passato Remoto is the preferred past tense and people use it daily.

When we (people from Milan) use the Passato Prossimo for actions far in the past, sometimes we pick the wrong tense:

Conversely, Sicilians and other Southern Italians use the Passato Remoto to say something like:

I believe that Tuscans, and generally people living in Central Italy, use the Passato Prossimo and Remoto in a very balanced fashion. I heard from friends in Napoli that the use of the Passato Remoto in town is not as heavy as in Sicily or Calabria.

This is all to say that, although in steep decline, the Passato Remoto isn’t dead. It is still spoken in large parts of Central and Southern Italy and it’s very common in books. Do you have to learn it? The short answer is yes, simply because you will come across the Passato Remoto along the way and because it’s a beautiful, rich way to express past events in Italian.

Let’s start from the basics.

Please notice how –ere verbs have two possible conjugations with the Passato Remoto. Both are correct.

The Passato Remoto is the most irregular tense in Italian. Irregular verbs are mostly of the -ere conjugation. This is possibly one of the most valid reasons why people prefer to use the Passato Prossimo.

The following, is a very basic list of irregular verbs. You can start here and build up some vocabulary.

Thanks for reading. Please solve the quiz and listen to the correct pronunciation in the answer. If you want to try a class on Skype or Zoom, complete the quiz.

You have already completed the quiz before. Hence you can not start it again.

You have to finish following quiz, to start this quiz: 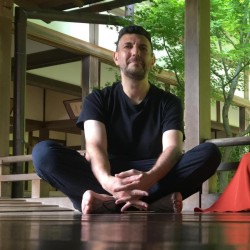 Riccardo
Milanese, graduated in Italian literature a long time ago, I began teaching Italian online in Japan back in 2003. I usually spend winter in Tokyo and go back to Italy when the cherry blossoms shed their petals.
< Previous

What is your level?
Get started with a fun quiz

This website uses cookies to improve your experience while you navigate through the website. Out of these cookies, the cookies that are categorized as necessary are stored on your browser as they are essential for the working of basic functionalities of the website. We also use third-party cookies that help us analyze and understand how you use this website. These cookies will be stored in your browser only with your consent. You also have the option to opt-out of these cookies. But opting out of some of these cookies may have an effect on your browsing experience.
Necessary Always Enabled
Necessary cookies are absolutely essential for the website to function properly. This category only includes cookies that ensures basic functionalities and security features of the website. These cookies do not store any personal information.
Non-necessary
Any cookies that may not be particularly necessary for the website to function and is used specifically to collect user personal data via analytics, ads, other embedded contents are termed as non-necessary cookies. It is mandatory to procure user consent prior to running these cookies on your website.
SAVE & ACCEPT
Don`t copy text!
wpDiscuz
0
0
Would love your thoughts, please comment.x
()
x
| Reply